GIUSY RAGOSA : Could you tell us about your artistic career and education?

HANS OP DE BEECK : As a young kid and later on as a teenager, I was only interested in drawing, drawing class and language. At that time I was very much into comics books, both drawing them myself as well as reading them. I was not the sportive, football playing, popular kid, but I was considered the best drawing kid at school, which gave me a profile, and self-confidence. Because of a troubled youth, including an aggressive bi-polar father, I left home at early age and started doing all kinds of simple jobs in order to survive, things that had nothing to do with the arts what so ever. After quite some difficult years, I decided it was time to go and study. At the age of 23, I went to art college. Initially I studied painting, since I thought that was pretty close to drawing, as I had done it in my younger years and in the Master’s Degree, I switched to what was called the Experimental Studio, where students were experimenting with all possible media available. I graduated at art college in Brussels with a grand distinction back in 1996. After my studies there, I applied and was selected for the Rijksakademie in Amsterdam, a two years residency in 1998 and 1999. After those years my professional career started. A last thing, I applied and was selected for was the MoMA-P.S.1 studio program in New York City. There I lived and worked in the period 2002-2003.

GR : Do you consider being an artist is a job?

HODB : Being an artist, I would, in the first place, call a ‘calling’. It is so essentially connected to who you are and what you stand for that it goes far beyond anything else. A part of my art practice I could label a ‘job’, but the essence of it is a way of being: creative to the fullest with a full on dedication.

GR : Who are the artists, musicians, poets, theatre directors, etc., that inspire your work?

HODB : My work itself is not and has never been directly inspired by other artists. The contents of my work simply come from daily life experiences, which I then try to broaden from a small, individual scale to something of universal meaning, and something that triggers the senses, an immersive image.

Of course, there are artists that I admire. From the old times, there is for example the painter Vermeer or in music Bach, of course. Today there are brilliant filmmakers like the Coen brothers. I love Carver for his short stories, Cohen for his masterly poetic song writing. Nowadays painters I love are Doig, Dumas and Hockney. Kapoor is a masterly sculptor.

GR : In which way do you take into consideration the audience and its reactions in your creative process?

HODB : An art piece only exists when it is received by an audience. I always think about the audience and how it receives an installation, a watercolour painting, a film, an audio piece, a theatre play, a sculpture. Many of my installations people can physically enter and in many of them there are benches to sit down on. It is always part of my conception of an artwork, to think about how the spectator experiences the work. Scale, proportions, use of time, use of colours or black and white, and for sure also the use of light, which animates the whole, are extremely important.

In most of my work, I try to stage an intimate, quiet mood that evokes a universal, timeless mood that encourages reflection.

GR : Could you tell us about your Studio in Belgium, who and how assist you?

HODB : I have a team of six people that work with me around the clock. Kurt is my production manager, who schedules production, guides a small team within the studio, and he coordinates the installing of shows. Ann is a general coordinator for all that concerns incoming requests, consignment agreements, transport, follow-up to international contacts, etc. Nicolas is the man who is specialized in all the digital media, such as video, Photoshop, animation film and other computers and digital drawing related projects. Serge is an assistant in the production of sculptural work and sound or music production and Bernard helps with the sculptural projects and photography. Jelle is an assistant who is mainly involved for work that concerns the studio building and electricity. But in the end, everybody does a bit of everything from time to time. It is a solid team. Most of them work with me since about 10 years.

GR : In which way do you think about the exhibition as a final moment of the work itself?

HODB : Most of my work travels, so every time it is installed and shown, it has a new kind of a final moment, but not in the strict sense. Only my site- specific installations, the ones that need the very venue as the only possible place to create and show them, have their very final moment with the presentation.

GR : Does it factor into the creative process? Are there artworks that you have never shown?

HODB : Oh yes! A lot of my work I ultimately consider as not good enough –I am very self critical- and never reach a moment of exposure to an audience. Also on my website, I only show what I still consider valuable, so there is some self censorship, ha-ha…

GR : Your The Collector’s House was quite popular among visitors at Art Basel. What do you think of art fairs as places for the circulation of art?

HODB : Art fairs are not exhibitions in general, they are necessary to bring works to the collectors and they are a place where many art professionals discover an artist. Art Unlimited in Basel is an exception though; it is truly and fully conceived as a short-term exhibition, and in that sense a wonderful initiative aside of the Basel Art Fair.

HODB : At Centquatre-Paris, I conceived the exhibition as a whole, as an immersive parcours, a combination of films and installations. Art Unlimited, as I just mentioned, is an exception in the world of art fairs. It is really conceived and staged like an immense art show, with an optimal presentation of the –often very large- art works. For sure, one of the sculptural installations or films I now show at Centquatre-Paris could have easily been shown at Art Unlimited.

But in general my institutional solo shows are more complete: there I mostly show a whole of about 700 up to 2000 m2 consisting of all media I explore: sculptural installations, paintings, films, sound works and quiet often a total mise-en-scène including carpet, painted walls and my own furniture. In that regard, my solo shows are more complete as an evocation of a total experience.

GR : Which kind of relationship do you establish with your collectors?

As for people in general, also the people that collect my works are very different concerning their backgrounds, characters and means. But most I got to know personally are very much into my oeuvre as a whole. I feel very well received by them; they follow the work profoundly. Quite a lot of them also go to see my theatre work, for example, and travel to see my main shows around the world.

GR : Your work generates special spaces with specific atmospheres. Is there a special place for you that is particularly important and that has an influence on your work?

HODB : The places I evoke in my works, whether it’d be a large-scale installation or a film, are always fictitious: they are never based on are depicting an existing place. Also in my short story writing and theatre work, I’d never refer to an existing city in my texts, for example. So, I try to create places that are universal with which many people can indentify with or feel related to.

The world and daily life in general are my sources, and, time wise I am often inspired by how things look at night-time, sunrise and dawn; moments when the world shows itself differently then during broad daylight.

GR : I have seen your show at Centquatre-Paris and particularly appreciated the works exhibited. That got me curious. I have isolated three subjects that I found relevant for that show. Would you agree with them or have any specific thoughts on them?

HODB : Care for details: indeed, ever since I created, initially comics books, I was a detailing kind of artist. When I studied art, I tried to be more minimal, reduced, simplified, but in the end I just embraced the fact that I am someone who likes to create images, texts, music into details. From the moment you embrace who you are, and manage to bend specific obstacles that define you as a person into a strength, you find your voice as an artist. I am not a minimalist, regardless how I love it in some other’s works, so the only thing I can do, is trying to being the best Hans Op de Beeck. And that person is someone who loves to give great care to detail and refinement in his creations.

Time layering: time is absolutely important for someone who tries to create and stage the opposite, namely timelessness. I consciously work with and shape time in order to stage a feeling of timelessness, a zone for detachment, for introspection, a soothing and consoling mood.

Veiled secret: my works appear simple and clear, but contain many layers of references and potential associations. This gives depth to the images, makes them speak about both life and death, about the essential idea that we can never unveil all, and that life, at all times, includes mystery. 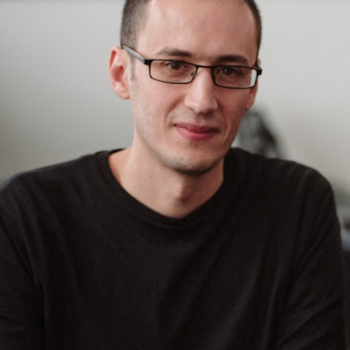 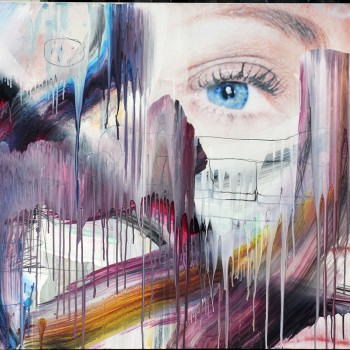